On Monday, November 16, Quartz, the popular online media company (qz.com), hosted its sixth iteration of The Next Billion conference in New York at the Conrad Hotel. Photo courtesy of Quartz.

On Monday, November 16, Quartz, the popular online media company (qz.com), hosted its sixth iteration of The Next Billion conference in New York at the Conrad Hotel.

The world has seen the Internet population reach over three billion users over the past decade, and the discussions revolved around how to enable the next billion users.

The conference consisted of a day of various events including numerous guest speakers and intimate question and answer sessions. Speakers ranged from editors and entrepreneurs to CEOs, professors, and economists from places like Jana, Harvard Law School, IDEO.org, and Qualcomm. Topics explored included those popularly discussed on qz.com, such as the impact of connectivity on society, politics, technology, education, commerce, and finance.

The optimistic consensus among many early speakers was that the next billion users would be from people in emerging markets.

Nathan Eagle, the Founder and CEO of Jana, talked about the huge opportunity that growth in Internet users in countries like Argentina, Chile and India presents. An important metric each country relied on was the ratio of smartphones to rudimentary phones—a ratio that has been trending upwards in recent years.

Quartz Editor Gideon Lichfield, commented on the rapid growth in smartphone usage across Africa and the world. “Next year will be the first year that smartphones outpace dumb phones in Africa, and by 2020 we will have 2.5 billion smartphone users worldwide.”

The speakers also tackled some broader social trends and issues beyond just sources of new growth. Raj Talluri, Senior Vice President at Qualcomm, for instance, spoke about the Internet of Things (IoT) and the increasing connectivity across all devices.

“Think about the number of IP addresses in your house,” he challenged. “Smart homes are no longer things of the future but already reality.”

Talluri went on to explain how he sees the IoT helping contribute in creating smarter cities through sensors on roads and public spaces, smarter homes through new appliances, and smarter bodies through wearable technologies.

Other speakers talked more about how increasing connectivity has helped them create new solutions to social issues. A prime example is Chris Sheldrick, co-founder and CEO of what3words, a company that is helping redefine addresses in rural or developing countries. The company assigns a specific string of words through each person’s unique individual longitudinal location, representing their address. Delivery companies now regularly use this platform across the world.

Speakers like Sheldrick, Raju Talluri of Qualcomm and Nathan Eagle of Jana highlighted the need for enterprises to move beyond simply transcribing or exporting the developed technology and know-how from the first world to the emerging economies “as-is”. In order to empower the next billion consumers, the primary challenge would involve a more tailored and sustainable socio-cultural integration of existing technology, systems, structures, and business models.

According to one of the speakers Jocelyn Wyatt, who is an Executive Director at design firm Ideo.org, “Companies looking to change consumer behavior patterns with their product or services must spend more time on the ground in these emerging economies and market the product to

the culture itself. This needs to be done through human-centered design. People don’t always articulate what they want, so in order to create a product that sticks and is actually used, a bottom-up approach is key, one that keeps the individual end user and their environment in mind.”

If the vision these speakers brought to The Next Billion Event is realized in the next few years, we will see technology and social change combine to become a great equalizer. By adding structure and connectivity to the current maze, organizations like Jana and Qualcomm attempt to provide a platform and a voice to bring the world’s next billion consumers online in emerging economies. 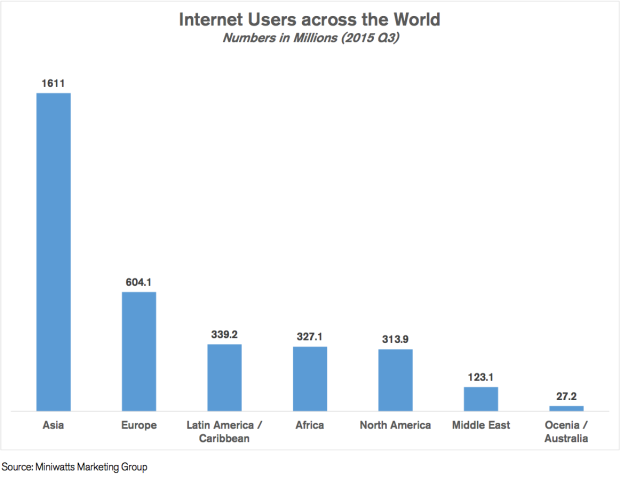