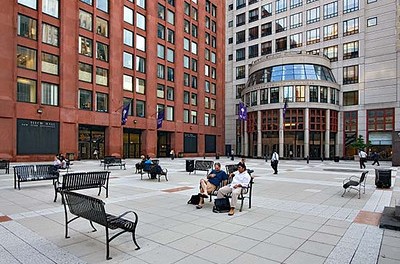 For many students, taking the first steps to be a part of the Stern community is hard. But Parbs believes that teachers, administrators, and upperclassmen can take easy steps to make all students feel comfortable in their campus environment. 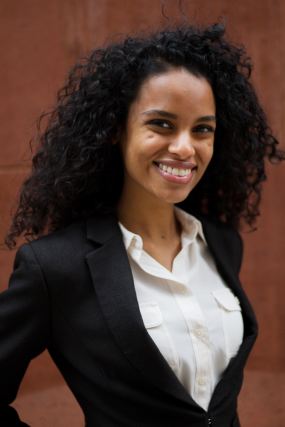 s where many students are lost in the city, junior Parbs Anant aims to cultivate NYU Stern into a place more people can call home. Having set her sights on this school since her freshman year of high school, the Breakthrough Leadership scholar has made it her mission to not only make the most of her time here, but also to encourage other students to be more actively involved in the Stern community.

We met on Gould Plaza, taking advantage of the recent bout of mild weather after several chilly days. If this had been her freshman year, it would have been rare to catch Parbs on this plaza, or on campus in general. “During my first year, I worked part-time and wasn’t involved. During common hour, I would frequently go home to take a nap. Most of my life just revolved around going to class and work.”

While her job with a theatre company allowed her to explore her passion for the arts, Parbs felt that not being involved on campus made it difficult for her to find her sense of self. “I feel like I missed out on so many opportunities, like being involved in the All-U Games and Fall Harvest. As I’m from New York, I was mostly hanging out with my high school friends, and wasn’t really talking to NYU students.”

It was not until sophomore year that she began transforming into the campus aficionada she is today. Through her scholarship program, she was placed with a mentor who encouraged her to apply to be an Orientation Leader. After a transformative experience, she became actively involved with Stern’s Student Council. Parbs also found a way to continue in student government while abroad, serving on the NYU Prague Student Council. Today, Parbs is the Vice President of StuCo. She can be found actively promoting diversity and encouraging others to be involved on campus.

On the surface, Parbs seems like the kind of person with innate people skills. Her charming, welcoming personality is always paired with a genuine smile. But while she’s always been friendly to people, Parbs credits Stern for encouraging more of her extroverted traits to emerge. “I’ve learned that information in college is very undemocratic. To be successful, you need to put yourself out there and know the right kinds of people. My involvement as an Orientation Leader, as a part of Student Council, and as a member of the Breakthrough Leadership Scholars has given me the chance to meet a ton of other students and administrators, but it was up to me to create the best relationships I could.”

For many students, taking the first steps to be a part of the Stern community is hard. But Parbs believes that teachers, administrators, and upperclassmen can take easy steps to make all students feel comfortable in their campus environment. “None of my experiences would have taken place if it wasn’t for my mentor encouraging me to apply to this one Orientation Leader position. When someone, even if it’s just one person, knows you by name and can call you out, you feel more pressured to put yourself out there. I would encourage members of Stern to take the time to remember the names of the people you come across, and to just say a simple ‘hi’ in the hallways.”