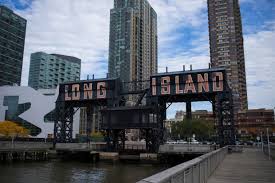 With five-billion dollar tax cut incentives and the promise of highly skilled workers, New York thought it had successfully won the heart of Amazon for the location of its highly sought-after HQ2. Yet, on Valentines Day, Amazon revealed some heartbreaking news to New York: it had decided not to move HQ2 to Long Island City afterall. While the majority of HQ2 supporters, including Governor Cuomo and Mayor de Blasio, dropped their jaws in shock, Amazon’s opponents, which included Senator Alexandria Ocasio-Cortez and Michael Gianaris, celebrated the tech giant’s retreat on Twitter and Facebook. However, who was right? Did New York really need Amazon? Or would the Amazon move have been a disaster-in-waiting?

Strictly looking at the numbers, there is little doubt that Amazon would have contributed significantly to New York’s economy. With an estimated 25,000 new jobs in circulation and an average salary of $150,000 per job, New York would have seen an increase of 27.5 billion dollars in tax revenues over a span of 25 years. Although Amazon would have also received a three-billion dollar tax break through the deal, the tax break would have mostly been tied directly to Amazon’s ability to create job opportunities, which is different from the tax subsidies that opponents of the deal often misconstrue it to be. Yet, economic growth is a given for any situation in which a large corporation decides to plant its roots in a new city. What really needs to be considered is whether the trade-offs for the boost would be worth it.

Ocasio-Cortez’s and Gianaris’s concerns for HQ2 centered around the impact of Long Island City’s community, specifically the potential surge in real estate valuations, gentrification, and the deterioration of current city infrastructure. Many residents in Long Island City voiced the same concerns, often citing Seattle’s high rate of homelessness, sky-rocketing housing prices, and excruciating traffic congestion as a warning to what would become of their neighborhood. Median housing prices have doubled in the past five years in Seattle, making it increasingly difficult for middle class residents to afford homes. Currently, Seattle has the nation’s third largest homeless population.

The lack of communication between Amazon and the communities in which it was attempting to enter was another troubling aspect of the HQ2 deal that had many locals protesting for Amazon’s retreat. By refusing to talk with individuals whose very lives would be affected should Amazon move in, the company was implicitly telling residents that their well-being would have to take a back seat while the company’s growth would become the main priority. And as a final nail to the coffin, Amazon gave no notice at all before pulling out of the HQ2 deal, blindsiding both New York City and local politicians. According to Gianaris, Amazon’s behavior was “like a petulant child [that] insists on getting its way or takes its ball and leaves.”

Before Amazon decided to ditch a New York HQ2, the company issued a letter stating that in order to succeed in Long Island City, it needed “positive, collaborative relationships with state and local elected officials who will be supportive over the long-term.” However, as local residents celebrated, it seemed that few were concerned about the turn of events. In fact, by chasing away one of the biggest companies in the world, Long Island City residents send out a stark warning to potential suitors in the future: either play by their rules, or don’t even bother playing at all.