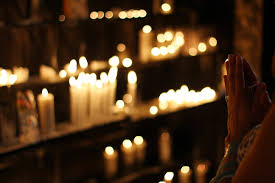 America is experiencing a decline of organized religion in the younger generations. A recent study by the Barna Group showed that those who do not believe in an established religion–usually regarded as atheists– have doubled in Generation Z. Atheism is the belief that there is no god or higher power. This is often associated with agnosticism, which differs slightly. While atheists do not believe in a higher power, agnostics claim to not know if one exists. The subtle difference between the two lies in disbelief versus not knowing. An atheist would claim that god does not exist, while an agnostic might believe in a god, but claims to not know if they exist. Around 6% of all Americans identify as atheists, compared to 13% of Generation Z members. Despite this significant rise in atheism in Generation Z, agnosticism has stayed relatively constant from generation to generation. Interestingly enough, the statistics indicate a decline in religious beliefs, but a different study shows that more Americans are finding themselves in between religions, not without one.

Pew Research released an article that asked Americans about their religious beliefs. 65% of respondents identified as “Christian,” which is a decrease of 12% since 2009.  26% of respondents identified with no religion. This is up almost 10% from a decade ago, which is staggering. In the same time frame, atheism has only increased about 2%. This presents many interesting questions. If religions are declining, such as Christianity, and atheism isn’t significantly rising, what do Americans who identify as religious “nones” believe?

Respondents from both studies claim that they believe in a God, a higher power, or a spiritual force; however, their beliefs do not align with any established religion. Thus, they find themselves as religious “nones” or in the middle. Many of these people have beliefs that correspond to multiple religions, so instead of declaring an affiliation they choose to remain unaffiliated.

Based on these studies, there is clearly a decline in Christianity, Judaism, and other organized religions in America, but perhaps it is too soon to claim that Americans are without religion. Rather, studies indicate that more Americans do not identify with an established religion, but do have a belief in a higher power or spiritual force of some kind. America may be experiencing a decline of established religion, but the studies do not indicate that fewer Americans believe in a god or higher power. Rather, the studies indicate a growth of the middle–those in between multiple religions. The implications of this are not yet known, but it is not fair to say America is moving towards atheism. Rather, America is moving towards the middle.